Whether you’re an experienced RV traveler or new to the RV scene, you’ve no doubt heard the growing rumblings about solar power. Overland and ‘off-grid’ RV enthusiasts, or those who seek camp sites without traditional hookups (power, water, waste) provided at campsites and national parks, but would rather find the path less traveled and set up camp in true remote wildernesses. Alternatively, there are those RV campers who wish to explore the natural world and leave behind very little in terms of their carbon footprint.

Some of us also admittedly just love technology and get an amazing amount of delight from researching and investigating the latest and greatest tech gadgets. Whichever camp you’re in, we want to make the realities of solar and the complicated nature of power as accessible as possible. In those efforts, we’ll be breaking down solar power with an intent on educating and demystifying the realities of solar power capabilities with a focus on Go Power! Solar Kits. 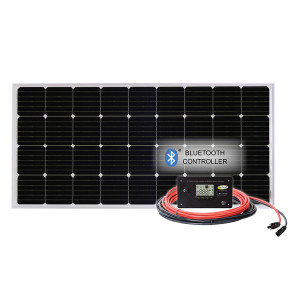 There are many options for your solar setup and we encourage you to do your own research before making a purchase and consult an RV service team or dealership when you’re ready to proceed, if it’s your first go around with solar. There are also many self installation videos and guides available for those who wish to install their own systems, as well.

If you’re not an electrician, words like voltage, wattage, batteries loads and wiring gauges can be intimidating. Research is extremely helpful, but if you’re hope is to power up the AC without an electrical engineering degree, then we’re hoping the following resources will be helpful to get you to a level of understanding, without the credit hours requirement. To start, Go Power! has an incredible amount of resources available to get you started. We highly recommend reading their 6 part series on ‘RV Solar Power and how it works!‘ Their breakdown into the six segments starts with an explanation on the importance of selecting the right amount of solar charging capability, solar panels, along with each subsequent part focusing on batteries, charge controllers, power inverters and power converters. We’ve included links at the end of the blog to each section for your reference.

Solar panels are created with a number of solar cells combined into a group. This grouping of solar cells converts sunlight into usable energy in the form of direct current or DC, which is used to create a charge for the solar battery pack. Coming in several common types including amorphous, monocrystalline and polycrystalline. The differences in each of these is described in length in the Go Power! | Part 2: RV Solar 101: Solar Panels, but we’ll briefly describe each below: 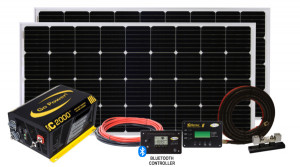 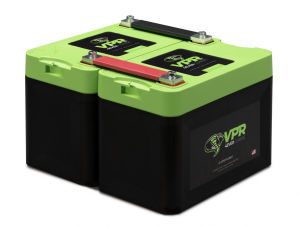 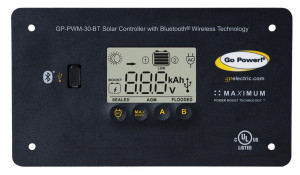 Solar power inverters are an essential component in transforming the energy from the sun, in the form of DC or direct current, and creating AC or alternating current electricity. According to SolarPowerNerd.com, ‘First, your solar panels collect the sunlight and turn it into energy. Then, it sends electricity to the solar power inverter, which converts DC energy into AC energy.’ Check out their article ‘What Is A Solar Power Inverter?’ to learn more about the various types of inverters including string inverters, micro inverters, power optimizers, and battery inverters. Consult an experienced solar power installer or give us a call at Princess Craft RV to discuss your solar power inverter options and to schedule installation. 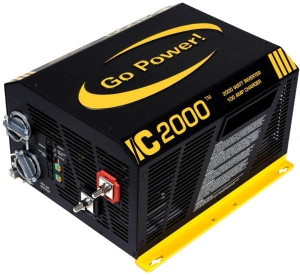 An additionally helpful element in any solar power system is the transfer switch. Rather than having to switch power sources manually, a transfer switch automatically switches power sources based on preset preferences allowing to switch from solar power to shore power, for example. This allows for the most efficient use of energy, and allows for a safe monitoring of energy available to ensure no overloading of batteries.

Go Power! | Part 1: Confused by wattage, voltage, amperage, battery banks, and wiring size? Then this is for you.

Check out the RV Small Talk episode on solar power for some more great info mixed with a little bit of humor, as usual! Join PJ, Lindsay and Clint as they explore solar options in Episode 58: Power EVERYTHING in Your RV with GO Power! 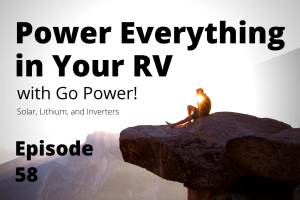 Princess Craft RV in Round Rock, just minutes from Austin, Texas, offers a wide selection of lightweight travel trailers and truck camper models for your next RV purchase. Princess Craft RV service and RV parts departments provide the best RV maintenance and repair services, and we are happy to assist you with our wide selection of RV parts and accessories. Come in and visit us